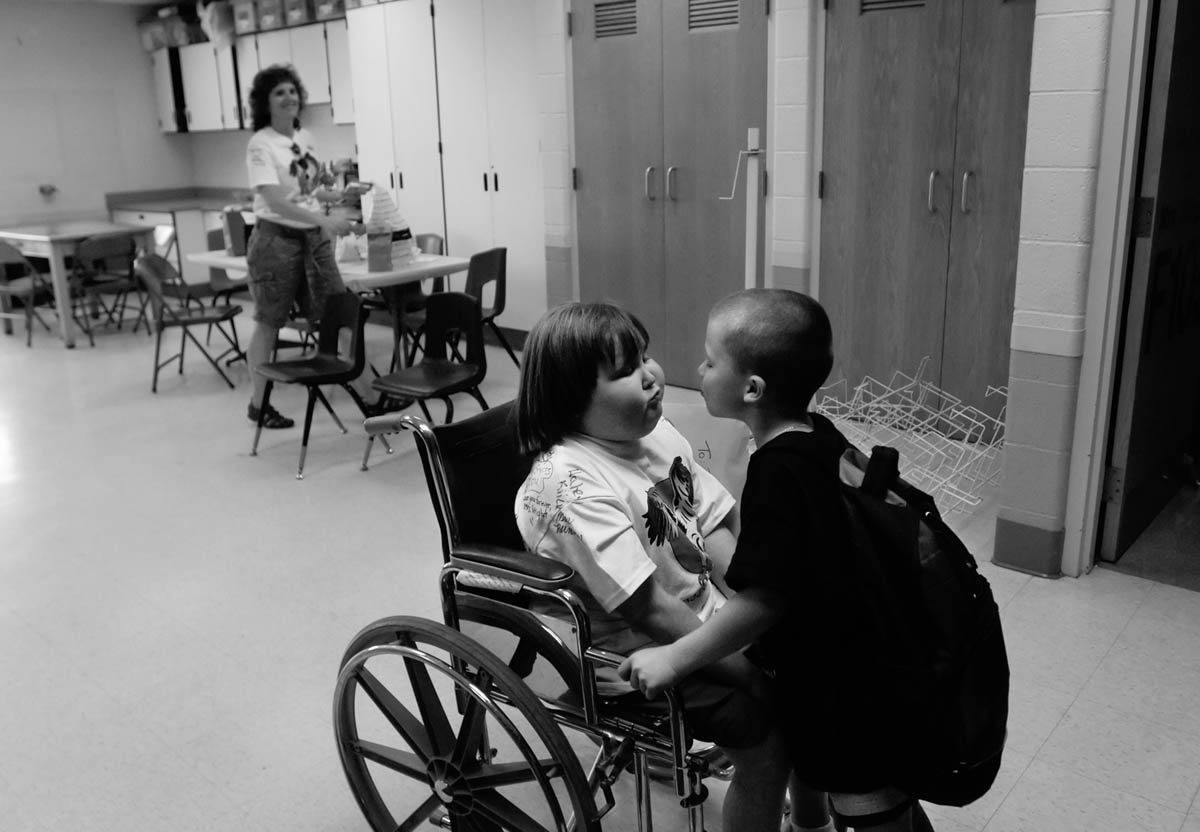 After leading her classmates in their fourth grade graduation parade around the school June 6 2007, Mac pushes Kyla around her fourth grade classroom as they wait for their parents to load their truck with all of Kyla’s gifts and the memory wall, called Kyla’s corner, the class made throughout the year for her. Mac slowly pushed her around the room pointing out different desks and messages written for her on the wall. Stephanie was impressed by Mac’s show of maturity and wrote on her care page “ Mac is really maturing in some ways. I said “some” not “all.” Mac wheeled Kyla in her borrowed wheelchair at school, gave her hugs and kisses, he kisses her when she’s sleeping; my heart fills with joy when I catch those moments.”