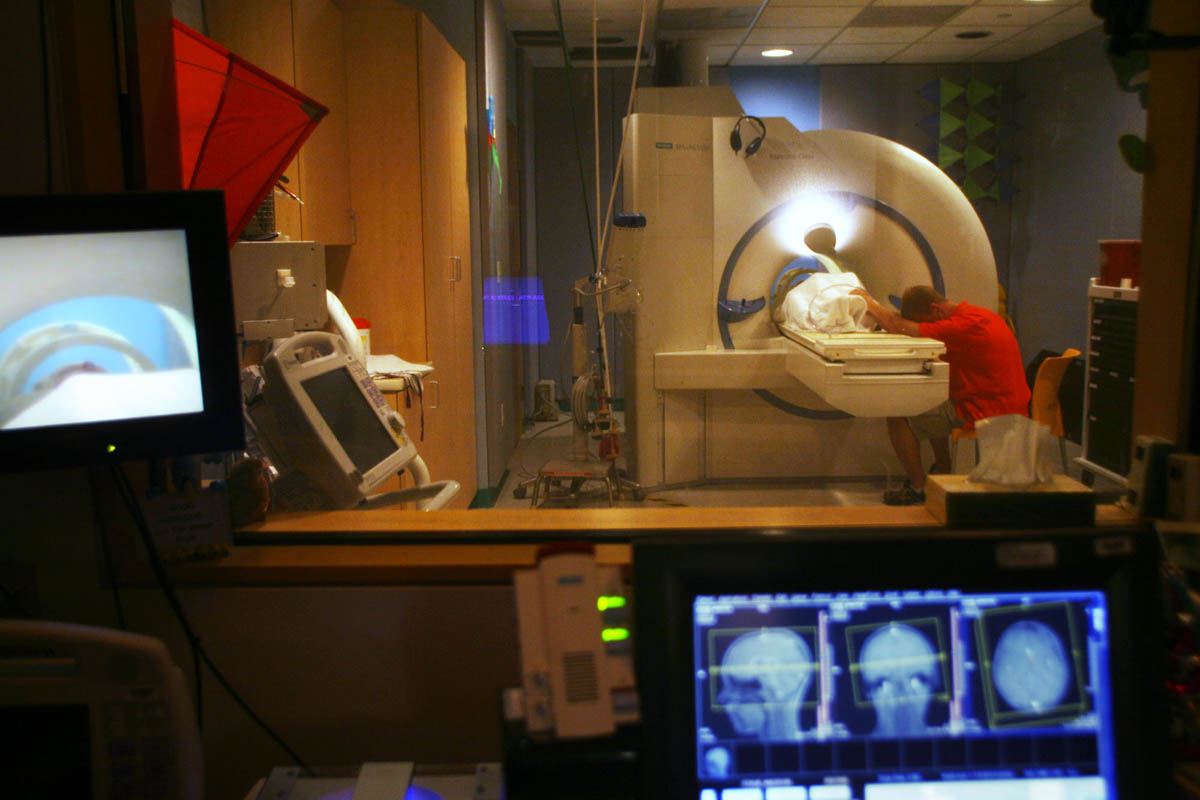 In addition to Brendan's medical issues, the family now has to deal with problems Maddie began experiencing. Mark lays his head down on Maddie's legs as he stays with her during her three hour MRI at St. Louis Children's Hospital. They decided to take her in for an MRI after she complained of dizziness and her legs were going numb. They were worried it had something to do with her surgery in February 2007 to fix her cerebellum that was outgrowing her skull.