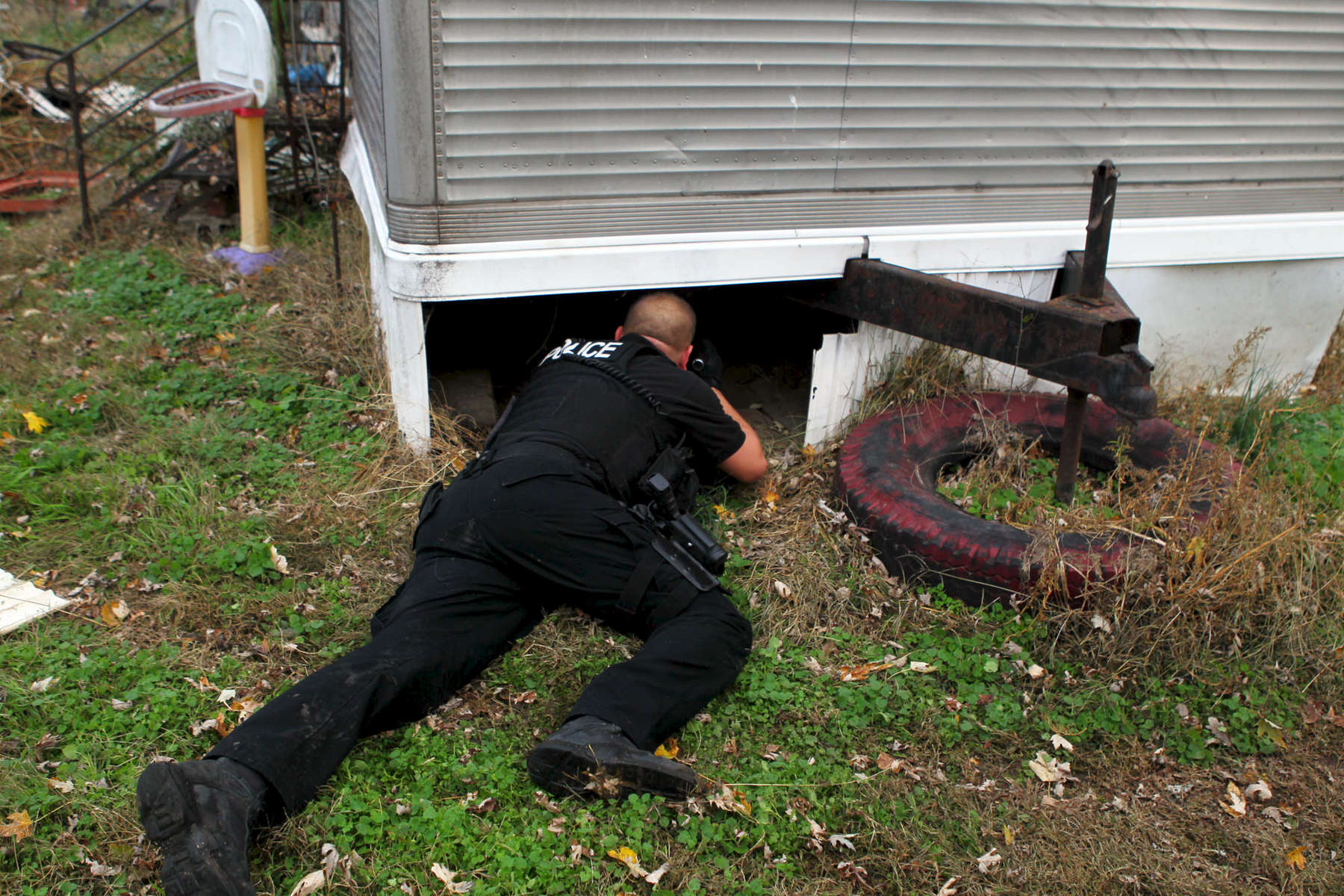 A Belleville police officer investigates the scene where a robbery suspect was found hiding under a mobile home.

According to Belleville detective Mark Hefferman, Police received a call around 6:40 am Monday morning about a robbery at the Circle K in Belleville. Police identified the car involved and attempted to make a traffic stop. The car fled and both suspects were found in unincorporated Collinville. One suspect was arrested without incident, the other was found under a mobile home in the 3200 block of University Street.