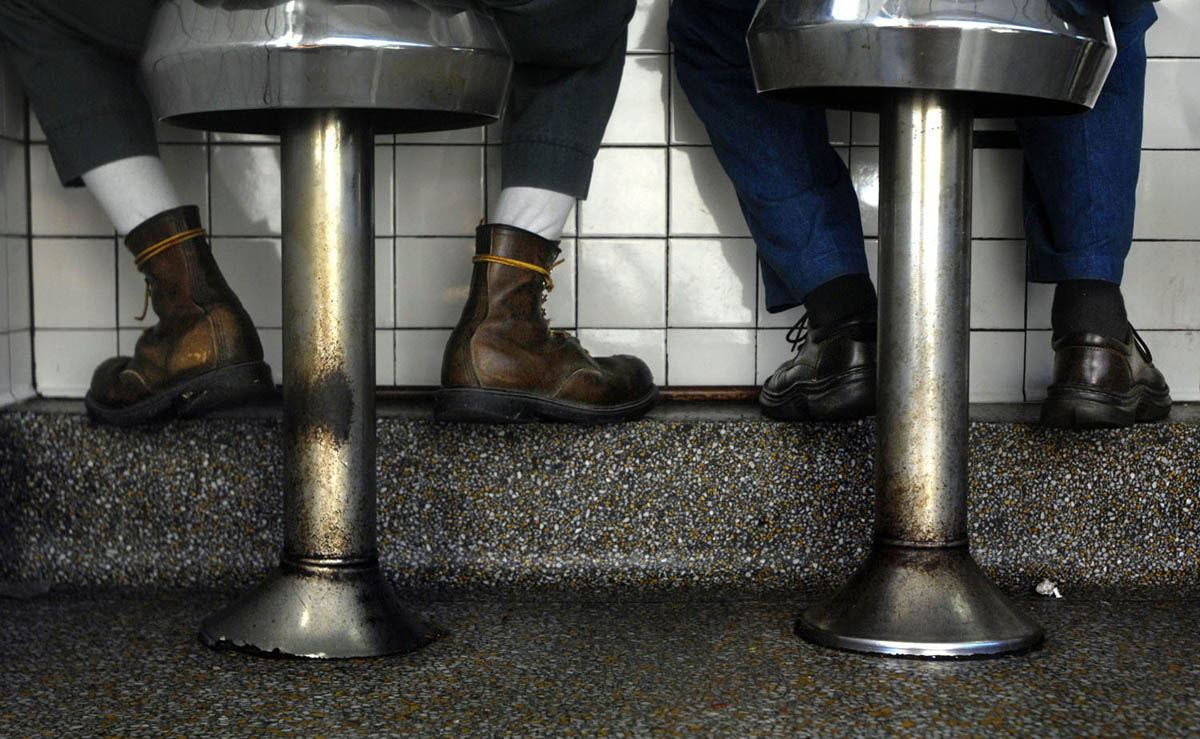 James Stum, 69, and William Burden, 87, sit side by side as they eat their breakfast at Ferrell's diner in Madisonville. Both are regulars at the Main Street establishment, which opened in 1929.

Emily Rasinski is a multimedia storyteller and journalist currently based in Washington DC.

Her work has taken her all over the United States and to Ghana, the Philippines, Costa Rica and Panama. However, the bulk of her work has been as a staff photojournalist, most recently with The St. Louis Post-Dispatch. Prior to working at the Post-Dispatch, she worked at newspapers in Pennsylvania, Illinois, South Carolina, and Ohio. Ever curious, she loves immersing herself in the communities she resides.

As a freelancer, Emily has worked for The New York Times, the Associated Press. Reuters and Major League Baseball.

Emily is an avid runner and swimmer and has completed marathons and triathalons. In her free time she volunteers with the Big Brothers Big Sisters, the Leukemia and Lymphoma Society and Girls on the Run.

She is available for freelance assignments worldwide.